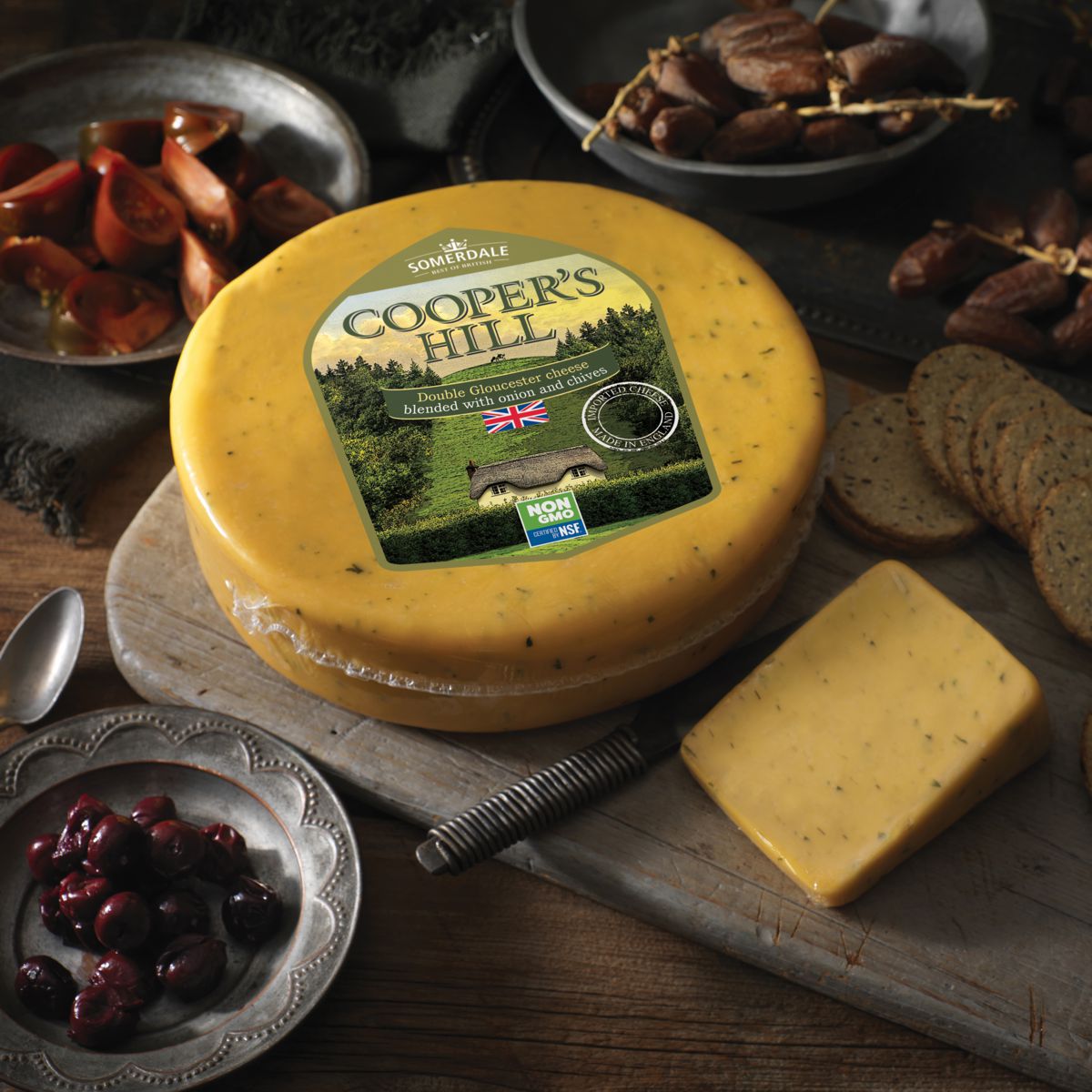 Double Gloucester was originally made during the 1500s in Gloucestershire in southwest England, with the milk of purebred cows. However, the old cheese didn’t gain popularity until many years later when widespread shipping occurred in the early 1800s. Double Gloucester is a traditional, full-fat, hard cheese that can either be made with pasteurized or unpasteurized milk. The cheese has a smooth texture, a rich and nutty flavor, and apricot color due to the addition of annatto plant extract. Similar to the manufacture of other cheddar cheeses, the curds are heated and cut over and over into smaller pieces to remove moisture, then pressed into wheels, and takes six to nine months to age. During these months, the rind is forcibly brushed to make it hard and rough. This is an important step- some even say that during the 19th century, commercial buyers of the cheese would jump on the rind to ensure it was firm enough for shipping.

Today, Double Gloucester is made all over England and is easy to find all over the world, but Single Gloucester is still made according to old and strict standards, and is very difficult to find in the United States. Single Gloucester uses full cream milk from the morning milking and skimmed milk from the evening milking. This type of cheese has a P.D.O, or Protected Designation of Origin, meaning that is can only be produced in Gloucestershire, and there are only four cheesemakers in the county that make it. It is matured for a less amount of time than the Double Gloucester, and develops a fresh but slightly more acidic taste, is lighter in texture, and low on fat.

This entry was posted on Wednesday, March 6th, 2019 at 9:02 pm and is filed under Food . You can follow any responses to this entry through the RSS 2.0 feed. Both comments and pings are currently closed.