Muffuletta: The Bread and The Famous Sandwich 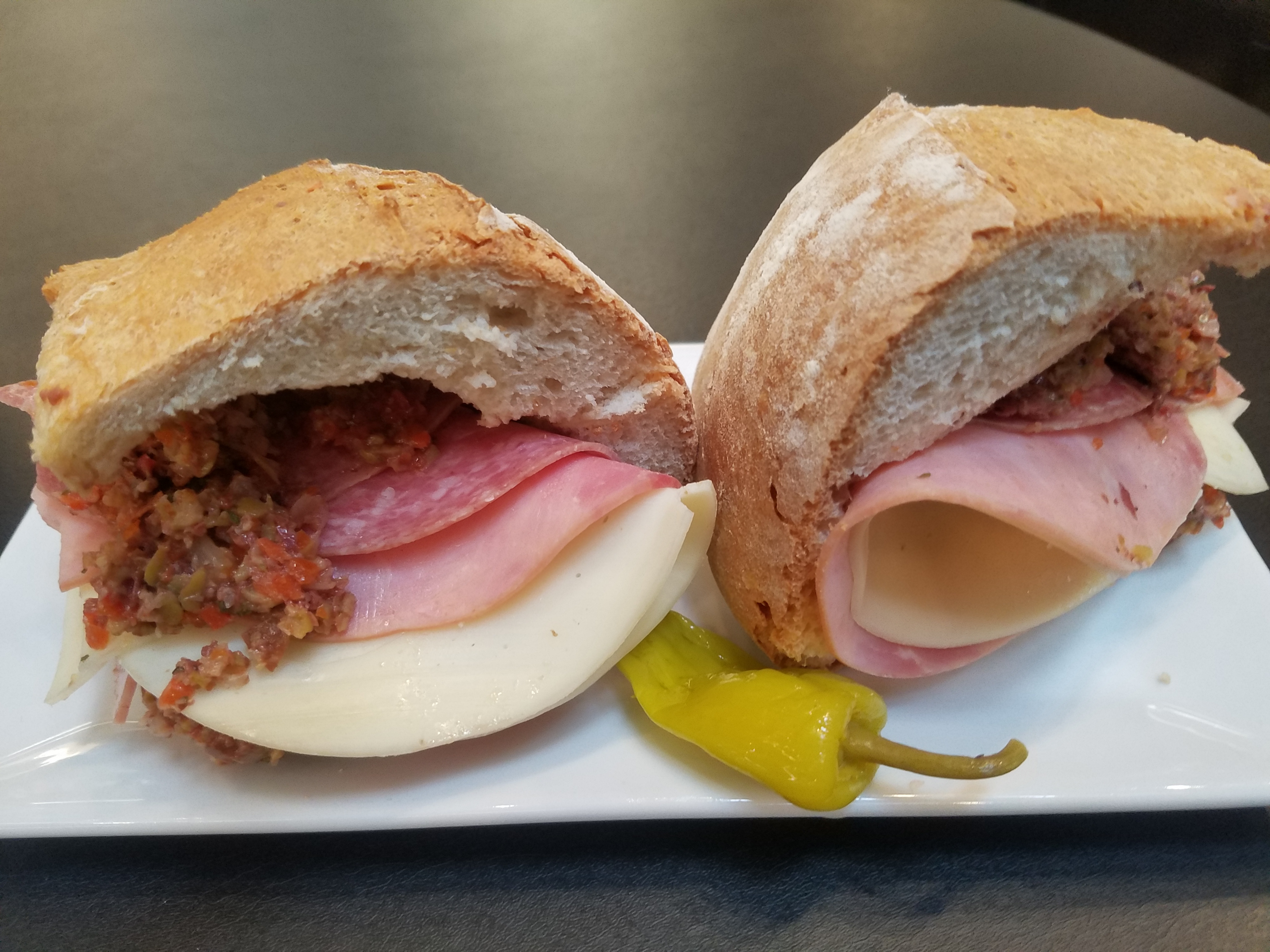 Learn more about the muffuletta!

As we are nearing this year’s Mardi Gras festivities, now is the perfect time to talk about the Muffuletta! The muffuletta is both a type of Sicilian bread and a popular sandwich that originated in New Orleans. At Giolitti Deli, we sell our version of the classic sandwich, made with Genoa salami, Capicola, provolone, house dressing, and homemade olive mix in the end of a scooped out Italian Tuscan loaf for $9.95. We also sell the mix itself for $8.99/lb, as well as the meats, cheese, bread needed to make your own! Continue reading to learn more about the muffuletta and its origin.

The muffuletta bread originated in Italy, as Sicilians have been making many versions of the bread for centuries. However, the sandwich was created in the early 1900s in New Orleans, Louisiana, as Sicilian immigrants brought many food traditions and customs to the Port of New Orleans. As Sicilians settled into the section of the lower French Quarter, it became known as “Little Palermo” or the “Italian Sector,” and was filled with small businesses. Many of these businesses made food, including Sicilian bread bakers, who baked a traditional Sicilian loaf called the “muffuletto.” Today, the muffuletta sandwich is commonly eaten on celebration days and holidays, and in Palermo, it is most commonly eaten on the Day of the Dead, on November 2nd.

The Bread vs. The Sandwich

A muffuletta is a large, dense, round loaf that is about 10 inches across with sesame seeds across the top. The bread may be described as a slightly heavier baguette, as it is very light with a crispy outside and soft inside.

The traditional-style sandwich uses a muffuletta loaf covered with layers of Genoa Salami, Capicola (ham), mortadella, provolone, Swiss cheese, and a homemade olive salad. The homemade olive salad consists of olives diced with cauliflower, carrot, and celery, seasoned with oregano and garlic and covered in olive oil. The olive mix should sit for at least 24 hours to combine. A muffuletta sandwich is typically served cold, but you can likely get it toasted if you wish. Come on into Giolitti Deli today to try our delicious version of the classic muffuletta!

Team members who also make the business possible include Manager Kathy Hunter, Manager and Catering Director Cheryl Molesky, Head Baker Porfirio Diaz, Chef Alfredo Escobar, and Deli Manager Noe Merino. To contact us, please visit our contact pageor give us a call at 410.266.8600. Also, be sure to keep up with us on Facebook, Twitter, LinkedIn, and our blog!

This entry was posted on Friday, March 1st, 2019 at 3:57 pm and is filed under Food . You can follow any responses to this entry through the RSS 2.0 feed. Both comments and pings are currently closed.